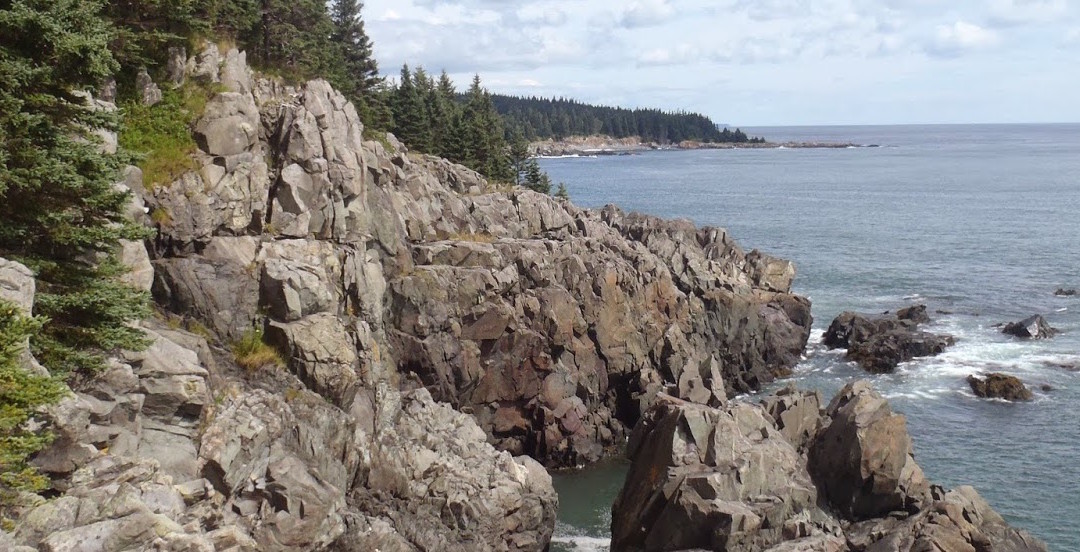 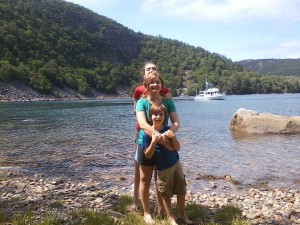 We are getting close to the one year mark of this traveling journey. And the camper seems to be shrinking. With all of things we are having to get for Atalie for college filling up the floor of their bunk room and maybe just being in this tiny space for so long, it feels smaller and smaller each day. We are ready for a house again, but as move in day gets closer, so does the day we will have to drop Atalie off at college. I am not ready. We will be close if she needs anything, but it will never be the same. She will be out on her own, making decisions for herself. Finding her own way in the world. She’s ready and excited. But for me it’s more letting go and I am terrible at that. Two weeks are all that we have left and then life will change again. I know that moving here was the right decision, though. Because this will be easier without all those miles between us…a little bit easier. 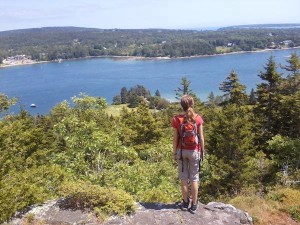 Things are going well here so far. We have had to adjust to a few things. The sunrise is one of them. This is one of the first places on the east coast that the sun touches every morning. Which means it is light here by 5am. I guess the people here have learned to make the most of it and they go to work early. Steve has to be there at 6:30. In the campground we are an hour away from his new job so he gets up very early. The kids and I started getting up too, dropping Steve off at work and spending the day exploring the island. We just have one car right now so otherwise we are stuck in the shrinking camper all week which is no good at all. It’s been really amazing actually. We are on the trails before anyone else. And the wildlife 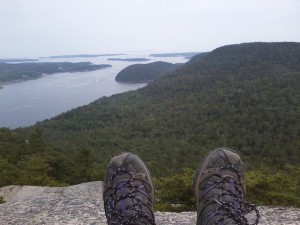 we have seen has been breathtaking. One morning at the end of trail that wanders through a forest on the edge of the ocean, there was a bald eagle sitting in the top of a tree looking out over the ocean. He stayed there for the longest time and let us watch him. Another morning we saw a buck walking on the same path we were, having his breakfast. We were just a few feet away but he didn’t mind. He would look right at us then grab another mouthful of leaves and continue his meal. He never ran away, just walked down the path taking his time. It has been really great to have that time with the kids, especially Atalie. We have a picnic lunch and hike and explore the tide pools. Lots of new memories. And then on weekends we take Steve to the new places we found.

Cede is still everywhere we turn, here. Everywhere. But in a different way. In North Carolina everywhere we went there were memories of her, some expected and some we had forgotten that would surprise us and leave us crumpled on the floor (usually me). It made me want to stay home, but home wasn’t any better. The memories were everywhere there too. Here it’s different. Like little hellos from her..a road we pass by on the island “MJ Lane”, paper fans with a peacock on them at the checkout counter, a heart made from purple seashells at the end of a trail, purple flowers everywhere, heart shaped rocks. One day at the library we heard some voices outside the big windows in front of us, we looked up and got front row seats to a private butterfly release…orange monarchs on purple flowers. When we went to the store to buy Atalie’s bedding for college, we were all stopped in our tracks by the display table. There were quilts and sheets and various decorations and right in the middle of it all two wooden letters with polkadots on them..MJ. Just those two. A few days later my favorite coffee cup broke…my butterfly cup that was a gift from Steve on Cede’s first birthday in heaven. We looked everywhere for one that could take it’s place and in the meantime I used it broken. Then one day we went in to a cooking store, at Lacey’s request, and Atalie found the perfect coffee cup for me. It’s white on the outside, lavender on the inside and is covered in different butterflies with the name of each written under it. It was perfect. Then Atalie said “Mom, turn it around.” On the other side of the cup was a peacock butterfly. Absolutely perfect. I cried in the store. She is everywhere.